skip to main | skip to sidebar

I decided to reveal my method of predicting ratings in very short time.
Details can be found here.
This stuff is commentware :-)

Fast CF algorithms have a future, as I don't think that blending hundreds (or even dozens) of predictors is acceptable in real recommender system.
Unfortunately, most of published algorithms tried in this contest needs hours of computations to produce a decent result.

I've been recently working on my "fast" algorithm; the goal was to develop an algorithm with lowest RMSE and running time not exceeding 10 minutes.
Now it's time I may proudly announce the result: my algorithm can produce a 0.8927 QRMSE solution in seven (7) minutes (including reading raw data and writing result file) on my AMD 64 X2 Dual Core @5200+ machine, without using parralelism of any kind (like CUDA, OpenMP, etc.). It's not a totally new algorithm, but rather a clever modification of what was already published by one of the leading teams.

If anyone has an algorithm which offers a better solution in similar time, please let me know.
Posted by Wojtek Kulik at 1:33 PM 5 comments:

More gigabytes on board

My machine has 8GB of RAM now. I could still work with 4GB, but - you know - memory got so cheap these days... It's not worth using error-prone data & structure packaging any longer (I mean more error-prone than cf algorithms themselves). Not to mention that this challenge is not the only thing I'm currently working on.
There's bad news though: my motherboard won't accept more RAM, so the next step would be to replace the whole mobo ;-)

I still remember buying additional RAM for my first PC machine: it was in mid-1990's, I was doubling my machine's 4MB (some silly game required 8MB). BTW: Windows 95 worked really nice with 4MB, as far as I remember.
Both me and my machine(s) have changed a lot since then...

Let's find out if more RAM helps in this contest.
Posted by Wojtek Kulik at 10:06 AM No comments:

My name is Wojtek Kulik. I used to hide under nickname "photek" (guess why, a limited collection handshake offered for the first correct solution; HINT: there are TWO reasons), but from now on I'll be using my real name only. I wish I could change my team's name, but apparently it's not possible (that means I've slightly polluted the leaderboard - sorry for that).

To quote Terry Pratchett - I live behind a keyboard in Warsaw (Poland), working on my startup project. As it's related to prediction, I decided to give a try in Netflix Prize challenge, hoping that success of my startup depends on the success of my approach to this challenge.

I've managed to get into TOP-40 recently. But to be honest, it's not enough for me... I've got plenty of ideas on my TODO list; unfortunately my current bottleneck is computing power.

Enough writing. Time to make a submission :-)
Posted by Wojtek Kulik at 9:59 AM 8 comments: 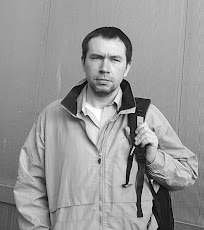 This is a blog about my approach to Netflix Prize challenge. I'll try to write about my improvements, obstacles, useful findings and details of methods I'm using.

If you want to get in touch with me use this email: wojtek.kulik [at] gmail.com